The Bluestocking and the Rake 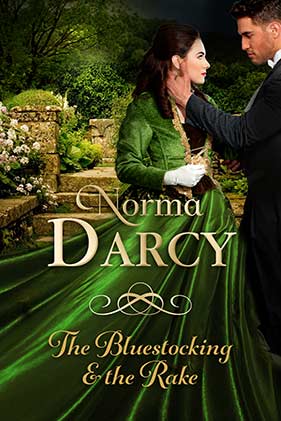 The Earl of Marcham has decided to put the excesses of his colorful youth firmly behind him so that he may find a wife and beget himself an heir. But a straitlaced spinster may stand in his way after she releases a morality pamphlet exposing some of his most private misdemeanors. Determined to have his revenge and teach her a much-needed lesson, the earl decides that his best course of action is to seduce her…

Miss Georgiana Blakelow has long given up the hope of marriage. Instead, she’s resigned to serving as governess to her siblings and saving the family estate from ruin. She might succeed, if only the wretch of an earl who won the estate at the gaming table would be reasonable.

As the sparks fly, and as Lord Marcham finds himself unexpectedly attracted to Miss Blakelow, she becomes even more determined to keep him at a safe distance. The closer he gets, the more likely he is to discover that his bluestocking isn’t all that she seems.