I am very proud and excited to announce that my Regency Romance, “The Bluestocking and the Rake”, is published today by Montlake Publishing!

Some of you may remember that I entered Bluestocking into the Amazon Breakthrough Novel Award 2014 and from an initial pool of 10,000 entrants, I was lucky enough to have won the Romance category. The prize was an advance of $15,000 and a publishing deal with Montlake, the romance imprint of Amazon.

After having been told in July that I had won the Romance category, I was soon contacted by various members of the team at Montlake and it was not long before the hard work began. Publication day was given as being the 17th February. That’s months away, I thought, plenty of time! Little did I realise how much work was involved in turning a draft into a finished book.

Following this came several stages of work on my book. Two structural edits saw rewrites of some parts of the book and for me, the hardest part of the process. I had carried the book around in my head for so long, it was hard to uproot parts of it and reimagine them. Two copy edits followed plus writing promotional copy, author bio, acknowledgements and guest posts for other blogs. And of course, alongside this, the designers at Montlake were working on the cover. 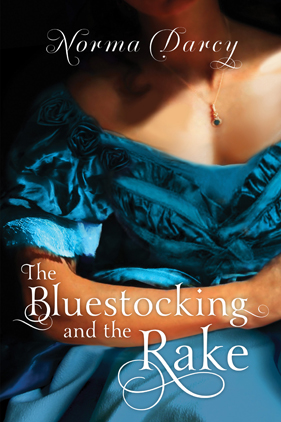 From an initial photo shoot, one image was selected and with a little Photoshop wizardry, the illustrative style cover was born. It wasn’t until the physical books arrived at my house via courier and I was able to hold the books in my hand, did I realise how good a job the designers at Montlake had done! They look really good. I have heard other authors say it before, but there is nothing so moving than seeing your story in print as a physical book – this thing that you have carried around inside your head and laboured over for so long, is now a real thing! It’s hard to explain, but it’s the best feeling in the world.

And what was it like working with Amazon? Did they force rewrites down my throat and make me compromise on the cover? Not a bit. Throughout the whole process they have been very keen to keep me happy. I have been consulted at every stage and if there were things I was unhappy with, an alternative solution was found. The team have been professional and friendly throughout and I could not be happier with the final product. I would recommend Montlake Publishing without hesitation to anyone considering a deal with them.

So what now? Well, I am working on other Regency stories but I guess time will tell as to whether Montlake wish to publish them too. Much will depend on the success of Bluestocking, I am sure. For me, the process has been amazing and whatever the success of the book, just having a published book out there has been a dream come true.

I sincerely hope you enjoy the book. There is nothing that gives me greater pleasure than when readers tell me they loved my story! I also want to say a big thank you to everyone who has contacted me via Twitter, Facebook and email to offer me support and to those who voted for me in the ABNA competition. This could never have happened without you.

“The Bluestocking and the Rake” is available from the 17th February, exclusively at Amazon in ebook, audio and paperback formats. I would be very grateful for a review if you liked it.

Comments on this entry are closed.

Previous post: Winner of the ABNA award for romance 2014!